A tutorial on the Immigrant rights movement

1 – Learn how migration is a human experience.

Let’s begin with a few definitions.

Refers to human movement from one socially and geographically bound place to another.

Refers to the inward flow of migration into a country. Usually immigrants intend to stay permanently, whereas migrants may not.

This is the preferred term in social sciences (because it does not dehumanize people) to refer to people who have crossed a national boundary or reside in a country without formal authorization to do so. In the context of US law, it is also more accurate than “illegal” as residing without documents is not a criminal offense, but a jurisdictional matter decided through a complex legal process.

A Tale of Two Feet

So let’s start at the beginning. As far back as we can go…200,000 years ago. When humans emerged as a species in Africa we were fully bipedal. We walked on two feet! This allowed us to carry things, including babies and tools. We were/are efficient long distance runners. We burned fewer calories running and walking that many other early humans (like Neanderthals). We were constantly on the move.

The climate in early human history was volatile. But we were smart and able to travel long distances and adapt to different environments. We had to move because our food sources changed. We were nearly hairless and could sweat to regulate our body temperature. This allowed us to travel for long distances in the hot sun to avoid predators and get food (something most large land mammals could not do).

And travel we did!  By 15,000 years ago humans populated nearly every climate zone on the globe. We are the only primate to populate every continent. We mixed and mingled so much that we are among the most genetically similar species on earth. 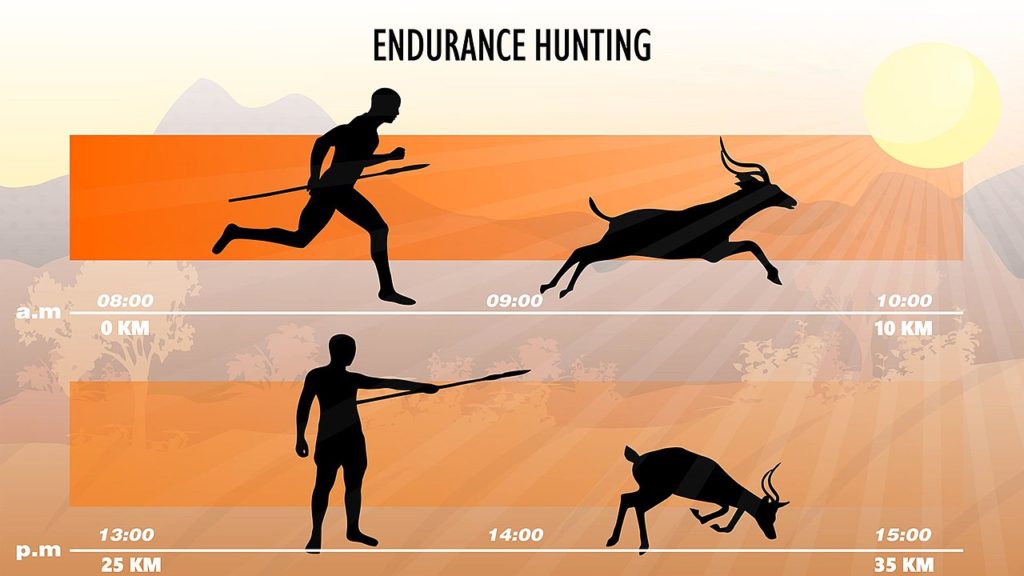 For most of human history humans were foragers; hunting and gathering all their food. This required them to move constantly. Once they exhausted the food in their immediate environment they moved on to a next place.

Starting about 10,000 years ago the first humans (in the Middle East) began to develop agriculture. This led to a radical change in life in which people spent more time in permanent settlements. However, even then people were always on the move. People moved for marriage, to avoid conflict, to be closer to agricultural plots, as a result of climate change and for many other reasons. Migration has not only been the norm for all of human history, it has been what made us human! It is a central human adaptive strategy.

There is extensive archaeological evidence that humans migrated frequently. Much of this migration was adaptive, meaning it helped people better cope with the environmental (and other) pressures in their lives. In the ancient world, Greek colonization and Roman expansion depended on migration. The Indus, Inca and Zhou empires were also associated with massive migration as were the Vikings and Crusaders.

Figure 4: World map of human migrations, with the North Pole at center. Migration patterns are based on studies of mitochondrial DNA.

Archaeological and genetic evidence tells us that the first migrants to come to North American were from central Asia. Starting in the 1600s, European immigrants came en masse to make North American their home. Nearly 90% of the original indigenous inhabitants were killed from disease and ethnic cleansing.

In the 18th and 19th centuries, the predominant flow of people was the forced transatlantic transport of slaves, particularly from Western Africa. European colonization and expansion marked another large scale flow of voluntary migrants from European countries to the colonies.

In sum, the history of human movement shows us that: 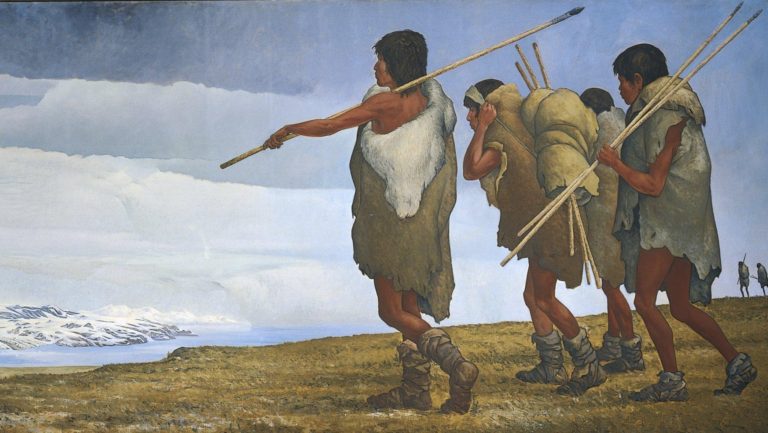 Figure 3: An artist’s re-creation of the first human migration to North America from across the Bering Sea. DEA Picture Library/De Agostini/Getty Images

It’s fair to say that immigrants MADE America. However, with the exception of white, male, protestant, wealthy men, most immigrant groups in the US have experienced discrimination. This is especially true for each new successive wave of immigrants. Immigrants viewed as culturally, linguistically, ethnically, religiously, politically and “racially” inferior were especially targeted.

US Immigration policy has tended to be discriminatory and based on economic pressures. When the US has needed cheap labor, policies were expanded to increase migration. For instance, between 1800 – 1850 the newly expanded country needed European settlers and Chinese laborers, who were recruited extensively. Starting in World War Two, the US again needed laborers and recruited Mexican farm laborers under the Bracero Program.

However, when the economy has contracted, immigrants were targeted, intensely discriminated against and even deported. The Chinese Exclusion Act (1882), The Immigration Act of 1917 (implemented a literacy requirement), The Emergency Quota Act of 1921 are some examples. The Immigration and Nationality Act of 1952 allowed the United States to exclude immigration from “ideologically undesirable countries.” 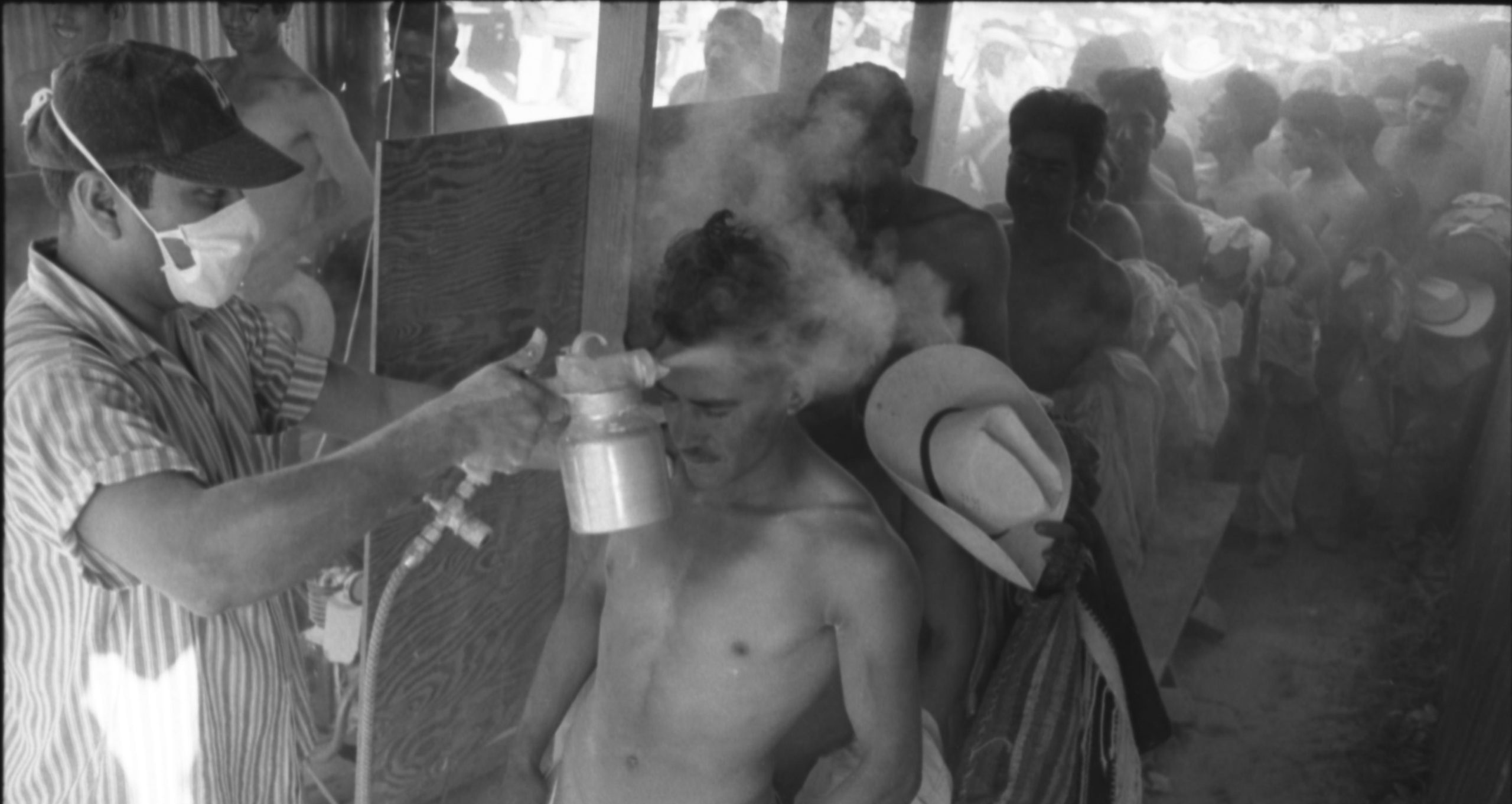 Figure 5: Upon entry to the US, bracero workers were fumigated with DDT, a toxic chemical now banned. More than 4.5 million Mexican citizens were recruited and legally hired for work in the US under the Bracero Program.

Starting in the 1990s, in light of these injustices, it became clear that the political and social discrimination against immigrants must be stopped. After all, all humans (ultimately) are migrants  and American was built on the backs of immigrants. 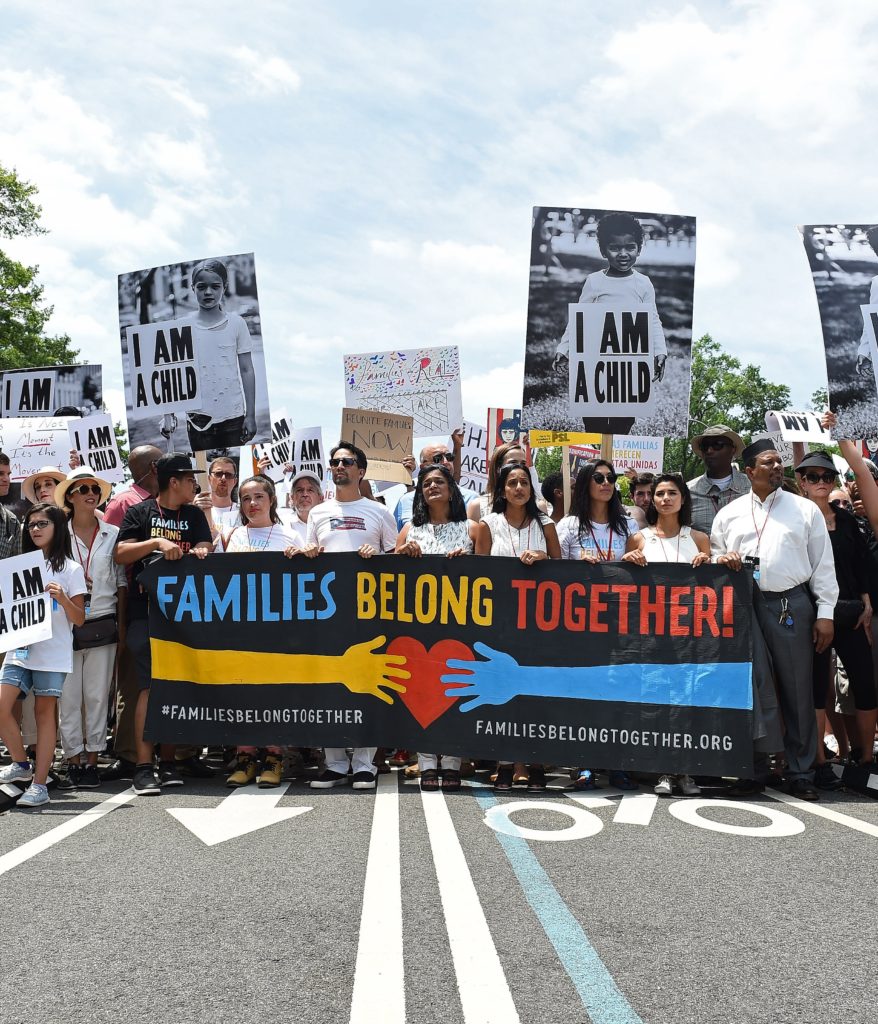 All immigrants contribute to American culturally, economically and in many other ways. Undocumented immigrants pay sales, income and property taxes, but get nothing in return. Immigrants revitalize communities and take undesirable jobs for low wages.

Unjust, racist and discriminatory immigration laws hurt many people, not just immigrants themselves. Deportations separate families, leaving US citizen children without their parents. Family and local economies are also destroyed by deportations. Undocumented immigrants do not come to the US because they are bad people, they simply don’t have the money or opportunity to immigrate through official channels. They are doing what comes natural to humans, migrating to someplace better to survive.

Immigrants are People Too!

Immigrants are people, just like anyone. They should be treated with the same human dignity and respect as citizens. The US Immigration Detention System is deeply flawed and the Trump Administration routinely violates basic human rights with impunity. Immigrants in detention are especially vulnerable, especially during the COVID-19 crisis.

Video 3: Music video No Human is Illegal by Bynd Chikko

So What is the Solution?

We have to decriminalize immigration

We need to reverse unjust laws

We need society to recognize importance and dignity of immigrants

Video 4: Maria Hinojosa quotes Elie Wiesel and explains why no human being is illegal

What Can I Do?

Sign a petition and tell Congress to stop spending our tax dollars to enable mass incarceration and deportation!

NWDC Resistance/Resistencia al NWDC is a grassroots, undocumented-led movement that works to end the detention of immigrants and stop all deportations. Make a donation here and check out their events here.

Sign up for People Power to find out about actions you can take to fight family separation and learn about other critical civil liberties issues. You can find events in your area posted to the People Power map.

Find other volunteer opportunities in your area that match your skills:

Together We Can Make Change!

Video 1: Map Shows How Humans Migrated Across The Globe by Science Insider

Video 2: No Human Being Was Born Illegal by Not in Our Town.

Video 3: No Human is Illegal by Ft. Bynd Chikko

Video 4: Maria Hinojosa quotes Elie Wiesel and explains why no human being is illegal provided by Define American